Securecell’s SeraMaster prototype version 2 was developed for automatic blood glucose measurement. In contrast to version 1, photometric measurement is performed at a different wavelength (340nm), moreover, the reagent was adapted. To test the reliability of this new version, a feasibility study was conducted in a clinical setting.

The trial was conducted at BBraun Medical Care AG, Oerlikon. It comprised eight 6-hour trial days, on different subjects with type 1 diabetes. Food intake and insulin dosage were determined individually by the subjects. During a trial day, blood samples were taken every 15 to 20 minutes via peripheral venous catheter and the CGM value was read. The measured glucose spectrum ranged from 66 to 308 mg/dl (3.7 to 17 mmol/l).

The accuracy of the blood glucose measurement is evaluated by the mean absolute relative deviation (MARD), which was 2.3% and thus 1.2% lower than in version 1. All 196 measurements (100%) were within the error interval of ± 10%. The MARD of the CGM values varied greatly from person to person, on average it was 7.8%.

The first of the following figures shows the regression analysis between the glucose values of SeraMaster (Y-axis) and of Cobas C111 (X-axis). 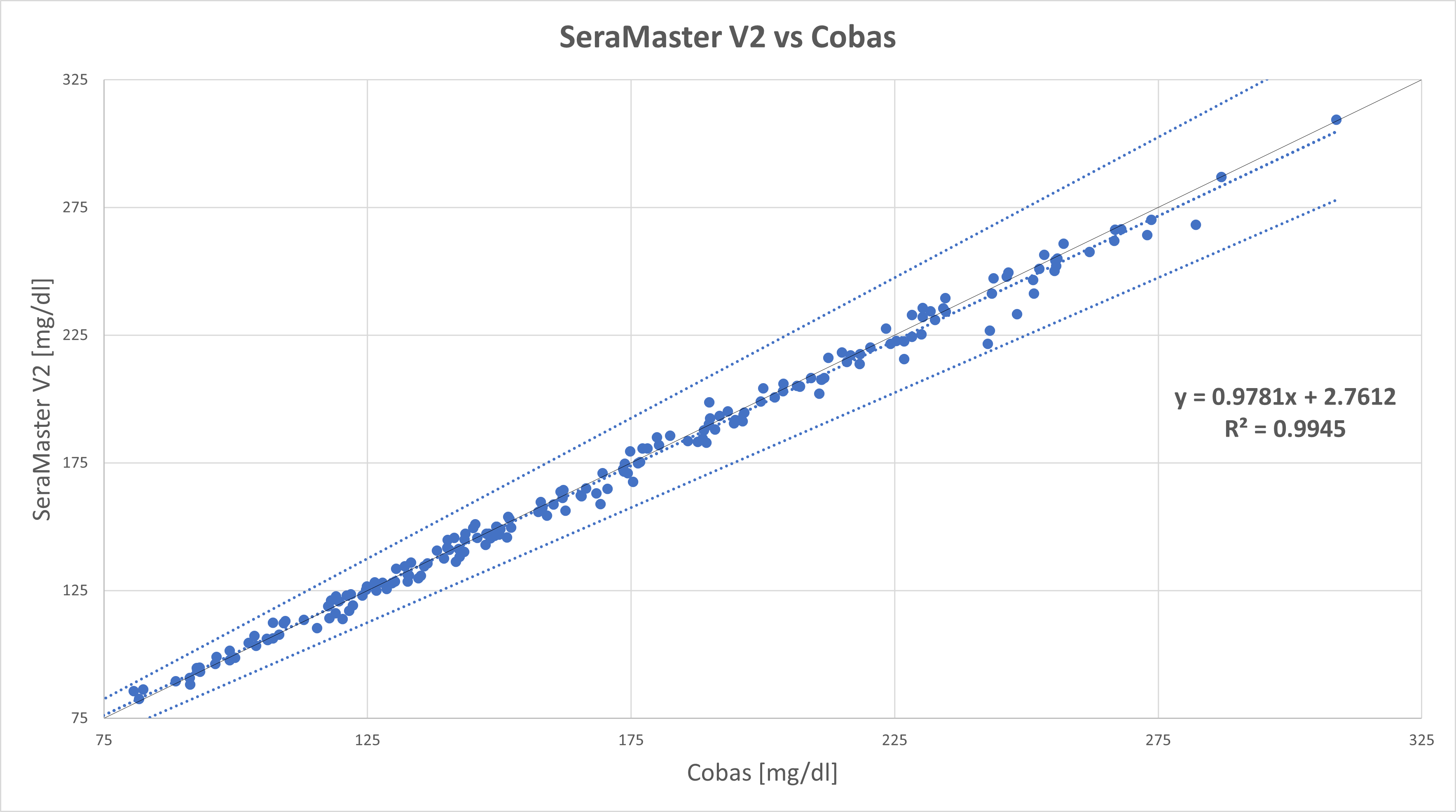 The correlation coefficient (r2) is 0.9945, which means that the two methods are equivalent and therefore interchangeable.

The second figure shows the glucose values of a 6-hour measurement by SeraMaster in red and Cobas C111 in blue. Even in times of rapid glucose fluctuations, SeraMaster accurately tracks the reference limits. 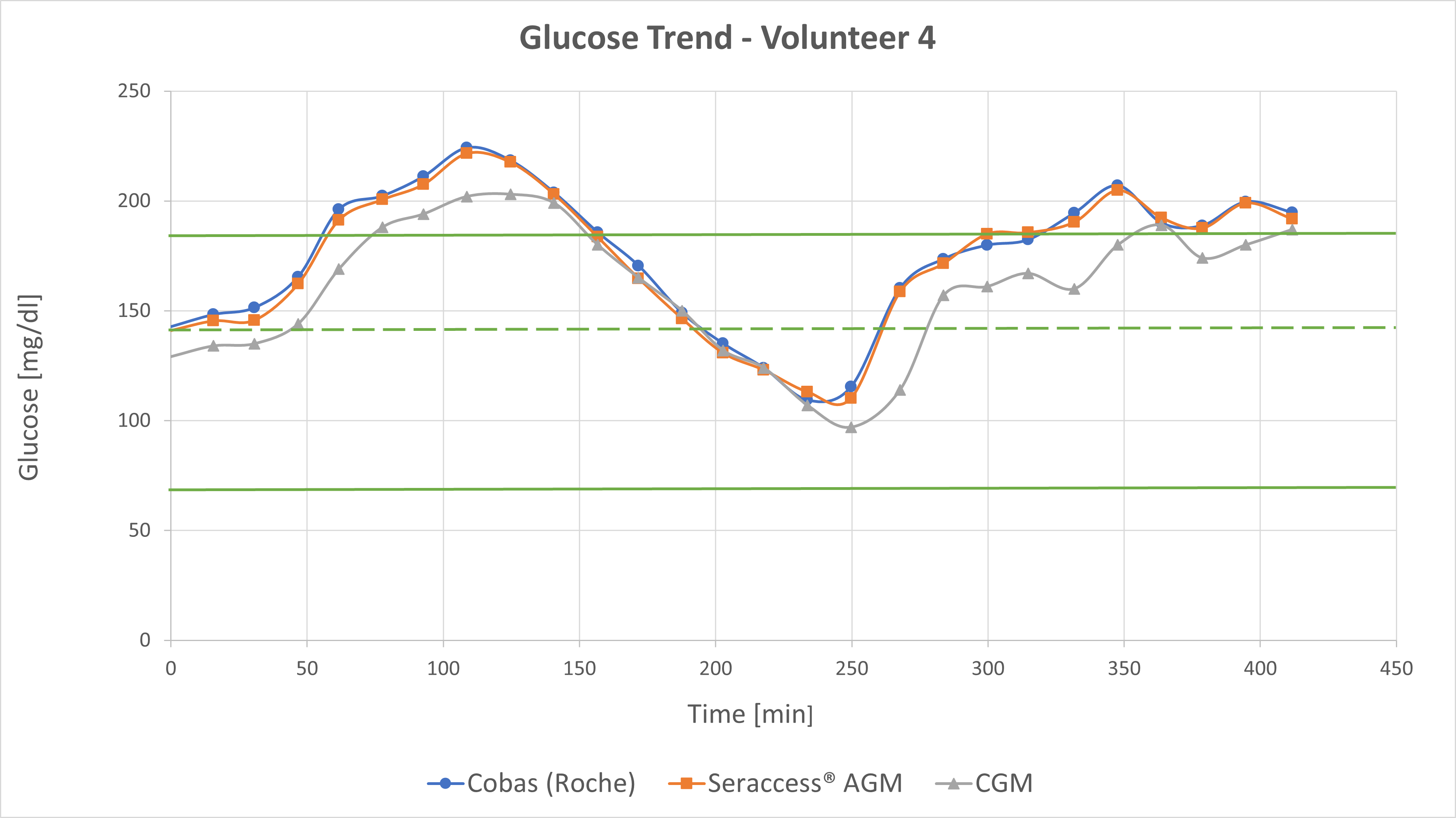 In the next step, blood sampling (milestone 5) will be combined with automatic glucose measurement and tested in an animal experiment before the first human trials can be conducted.

The results of the new measurement method (SeraMaster version 2) are equivalent to those of the reference method (Cobas C111). Compared to the first prototype, the MARD could be reduced by 1.2% to 2.3%. The successful completion of milestone 6 enables us to drive the development of the automatic glucose measurement in the intensive care unit (Seraccess® AGM) and later of the artificial pancreas for insulin-dependent diabetics (Seraccess® APDS).